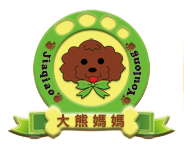 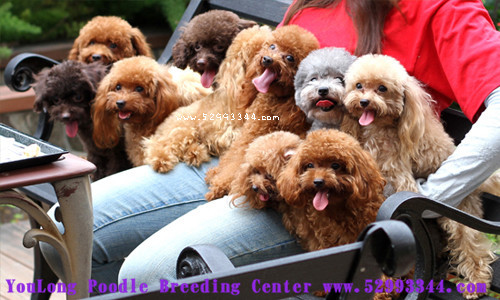 Once upon a time, there’s a group of magical creatures in the world regarded as the Teddy Bear incarnate. Although there’s yet to be a solid scientific proof to back up the actual date or places of their very first appeal to the human world, perhaps the following stories would provide us some hints of the possible origin of these beautiful Teddy Bears… 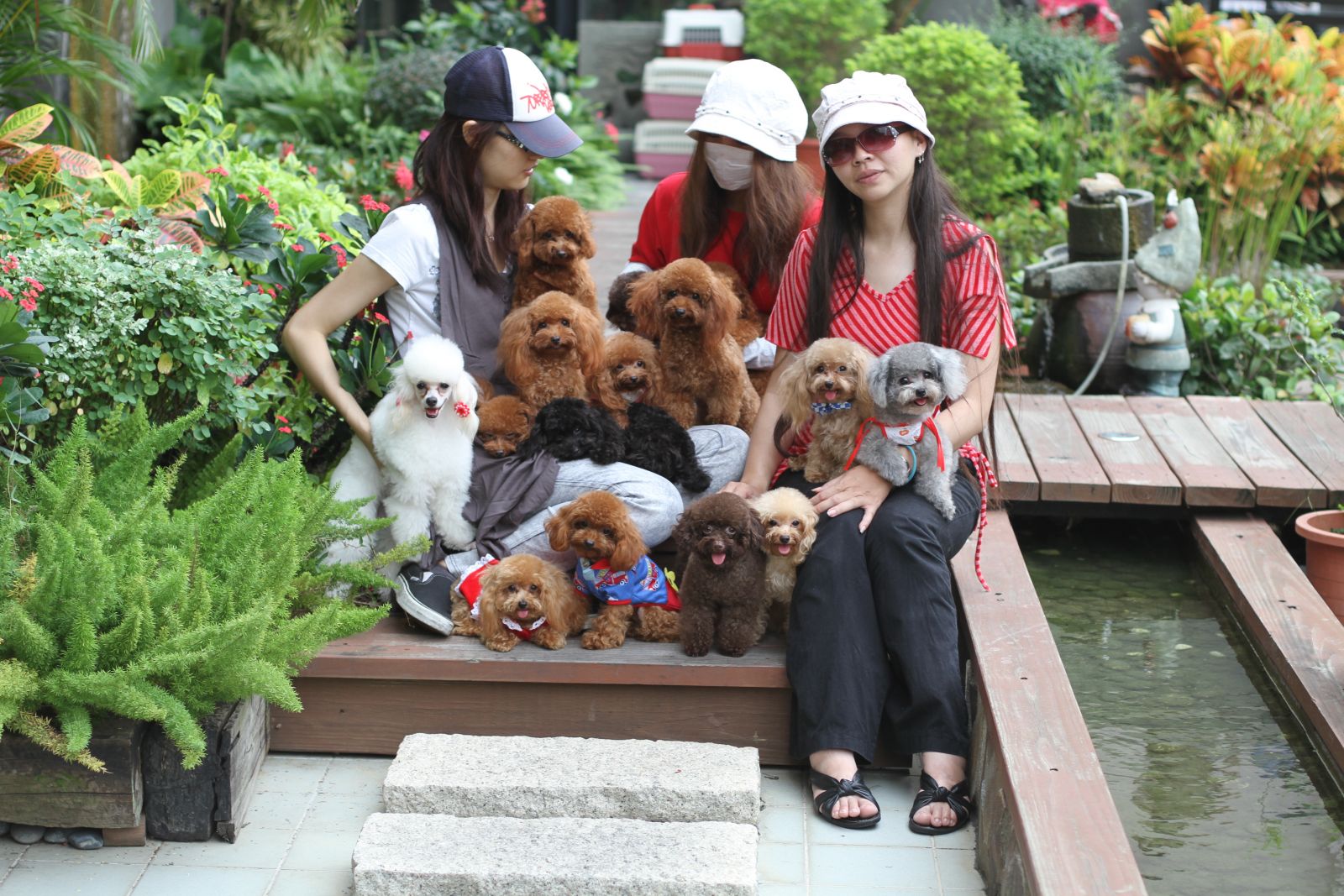 The name, Teddy Bear, is believed to have come from former United States President Theodore Roosevelt, who was commonly known as "Teddy". The name of Teddy Bear is believed to have originated from an incident on one of President Roosevelt’s bear hunting trips in Mississippi in the autumn of 1902. There were several other hunters competing, and most of them had already killed an animal but the President.

A suite of Roosevelt's attendants clubbed, and tied an American Black Bear to a willow tree after a long exhausting chase with hounds. They called Roosevelt to the site and suggested that he should shoot it. He refused to shoot the bear himself and demanded the crew to release the bear at instance, deeming it unsportsmanlike, and swore to never go on a bear hunt again for the rest of his life.

The story then became the topic of a political cartoon in The Washington Post, and later issues had made the bear smaller and cuter. The improved cartoon figure pleased the nation and the image of "Teddy's Bear" soon captured the heart of the Americans, as well as other people's attention from countries outside the United States. 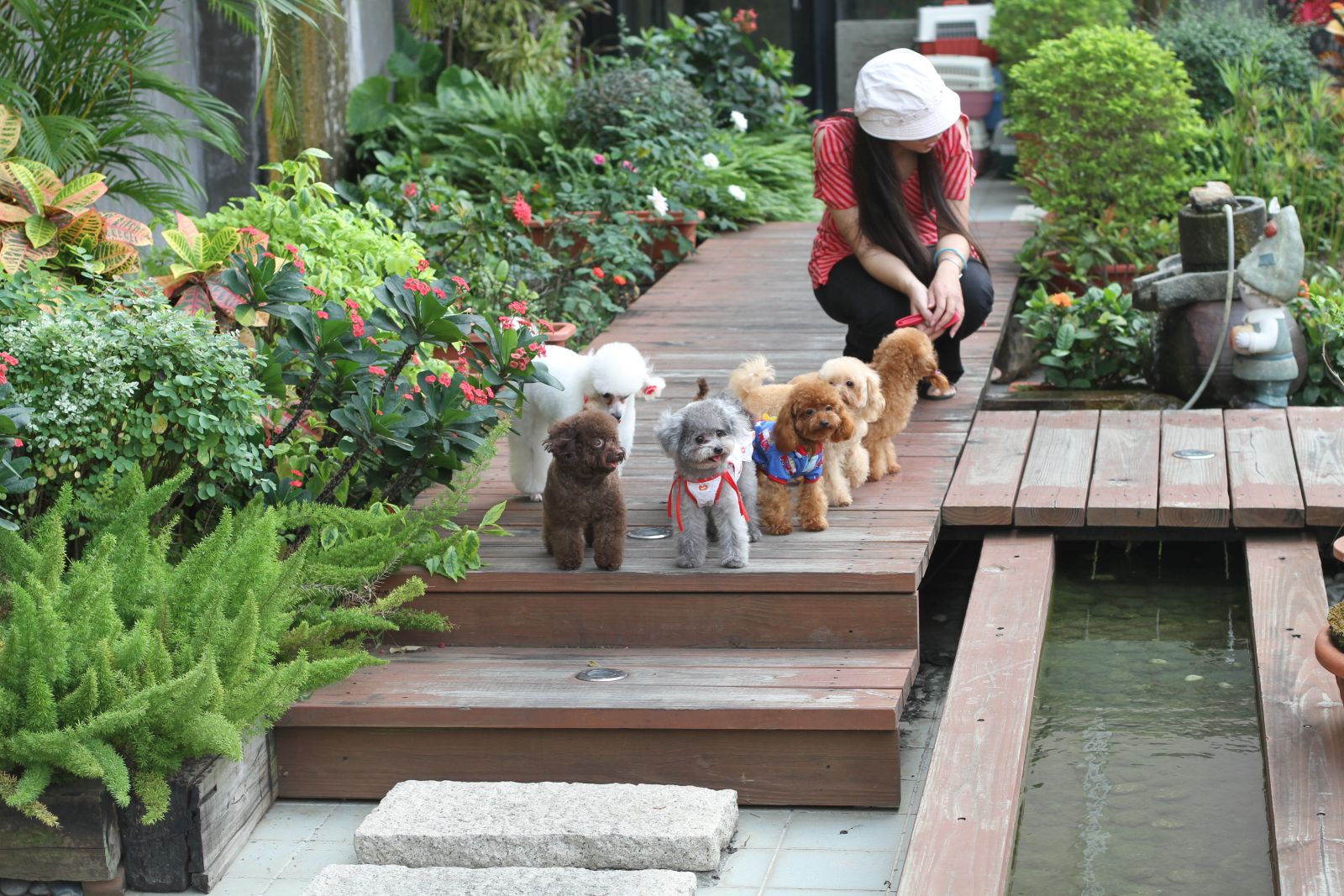 Apart from story I, another popular version of the background of Teddy Bears tells the story that during the years when Roosevelt served as the President of the United States, there was this unique event hosted in the White House that was significantly different from the other millions parties there had been: a set of lovely stuffed soft bear toys manufactured to represent various forms of occupancies, such as hunters and fishermen, were used to decorate the main guest table that night.

The President quickly showed a special interest on these adorable cute bear toys as soon as he walked into the hall, and asked around for their names; however no-one at the party knew exactly where they came from, nor the name of their manufacturer, until some quick-witted guests came up with the answer that the bears ought to be called “Teddy Bears” after the name of President Roosevelt for this very special evening.

Local newspapers soon took the answer as the hottest headline on the newspaper front pages the next morning - discussions about Teddy Bears became popular overnight throughout the United States, and these cute bears very soon became well-known to people from other nations such as Taiwan , Japan, England and other European countries. 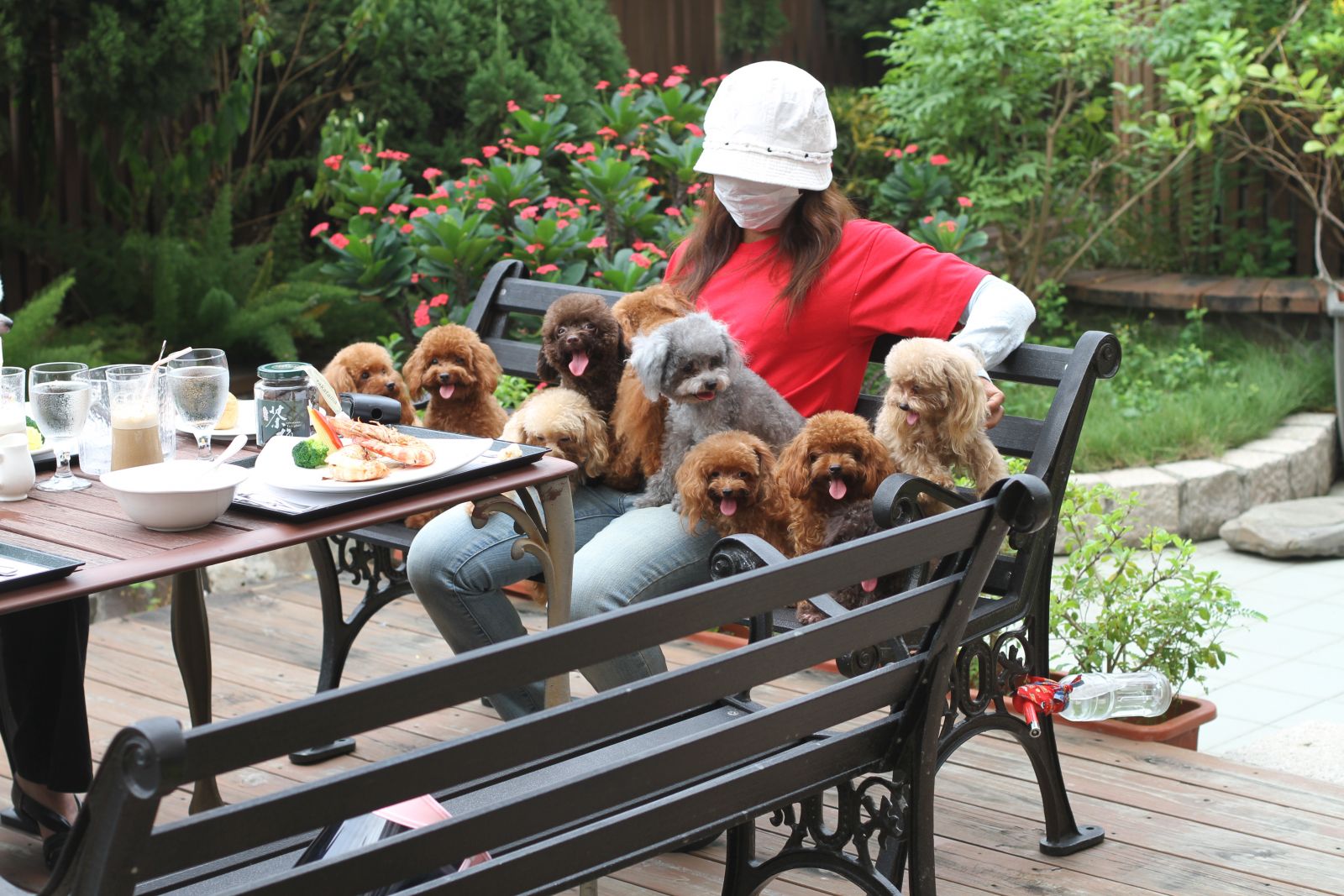 Teddy Bears are considered part of the Global Specialty Culture representing love, friendship and loyalty as a whole without any forms of language barrier.

Strictly speaking, Teddy Bears should only be restricted to stuffed soft bear toys manufactured in the United States during the years of 1903-1912; but in the contemporary society, the name of Teddy Bears is already commonly used to
represent all stuffed bear toys despite texture, colour, physical appearance, body size, fabrics used and the countries they are being manufacturered nowadays. 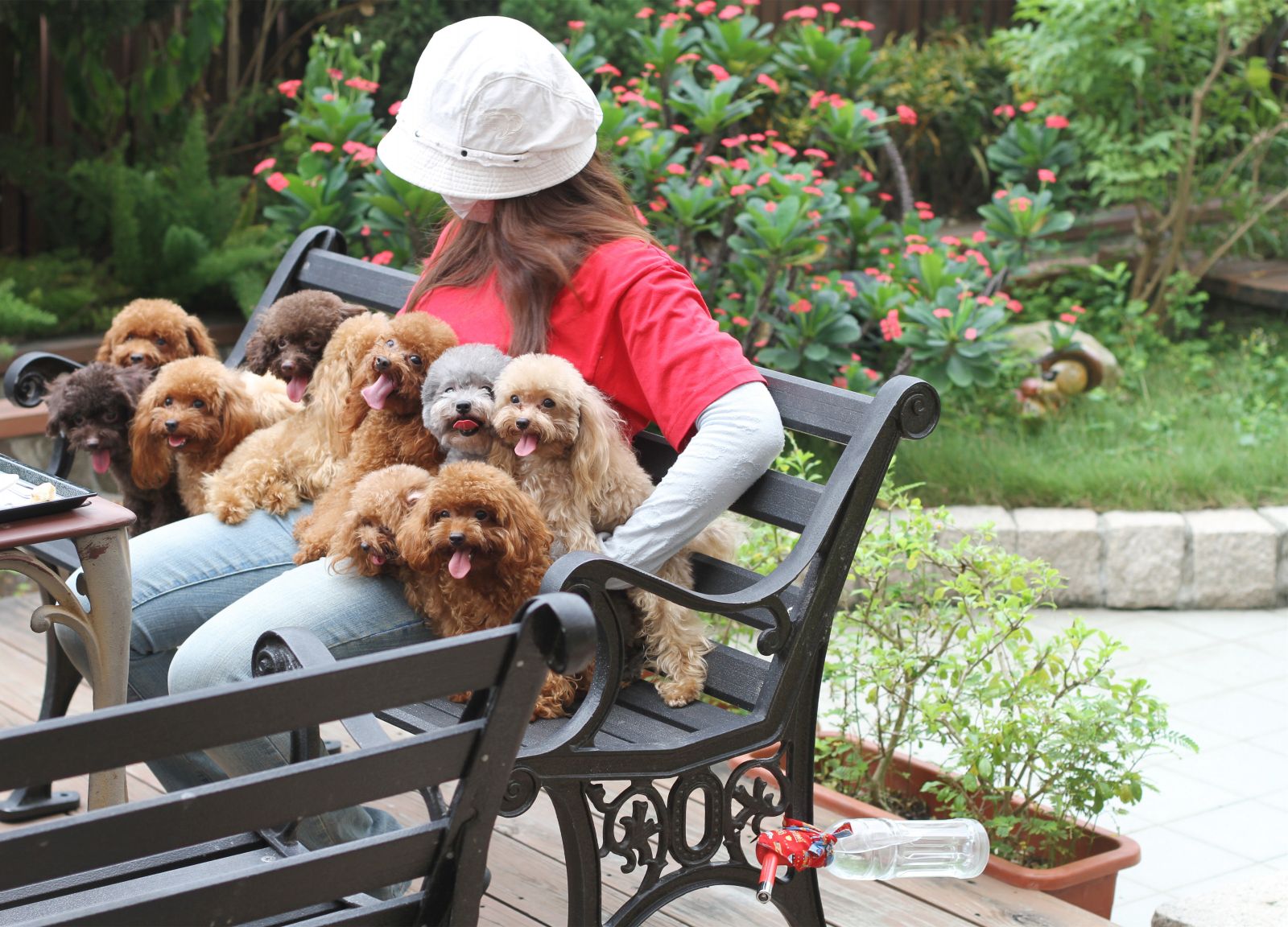 There’s this very special lady in Taiwan who we respectfully called Teddy Bear Mommy(Zhang Yin Yin), fell deeply in love with “Teddy Bears” since she was still a little girl that she began her journey in the search of her dream Teddy Bears at a very early age.

Through a friend’s introduction, Teddy Bear Mommy(Zhang Yin Yin) was invited to her first dog talent contest, and all of a sudden her attention was drawn from the stage onto a bear-like creature that was held in the arms of a total stranger; she later found out the name of this beautiful yet rare canine breed to be "Teacup Poodles". Teddy Bear Mommy saw the
beauty and magic in Teacup Poodles: their soft, fluffy hair, big round bright eyes and their adorable tiny bear paws have got her fallen madly in love with them ever since.

She saw these Teacup Poodles in forms of the transformation of Teddy Bears, the one and only love of her life since she was young, and from that moment, she knew she’s finally found the Teddy Bear of her dream after so long, and better: They are ALIVE!

These aren’t just ordinary Teddy Bears, they are living animals with souls, thoughts and feelings; not only that they come in different sizes and colours, they are also able to move, run, cry and laugh, and of as spiritual and extremely bright creatures they are, and if not being looked after carefully enough, these little Teacup Teddy Bears too would get sick occasionally just like human babies. 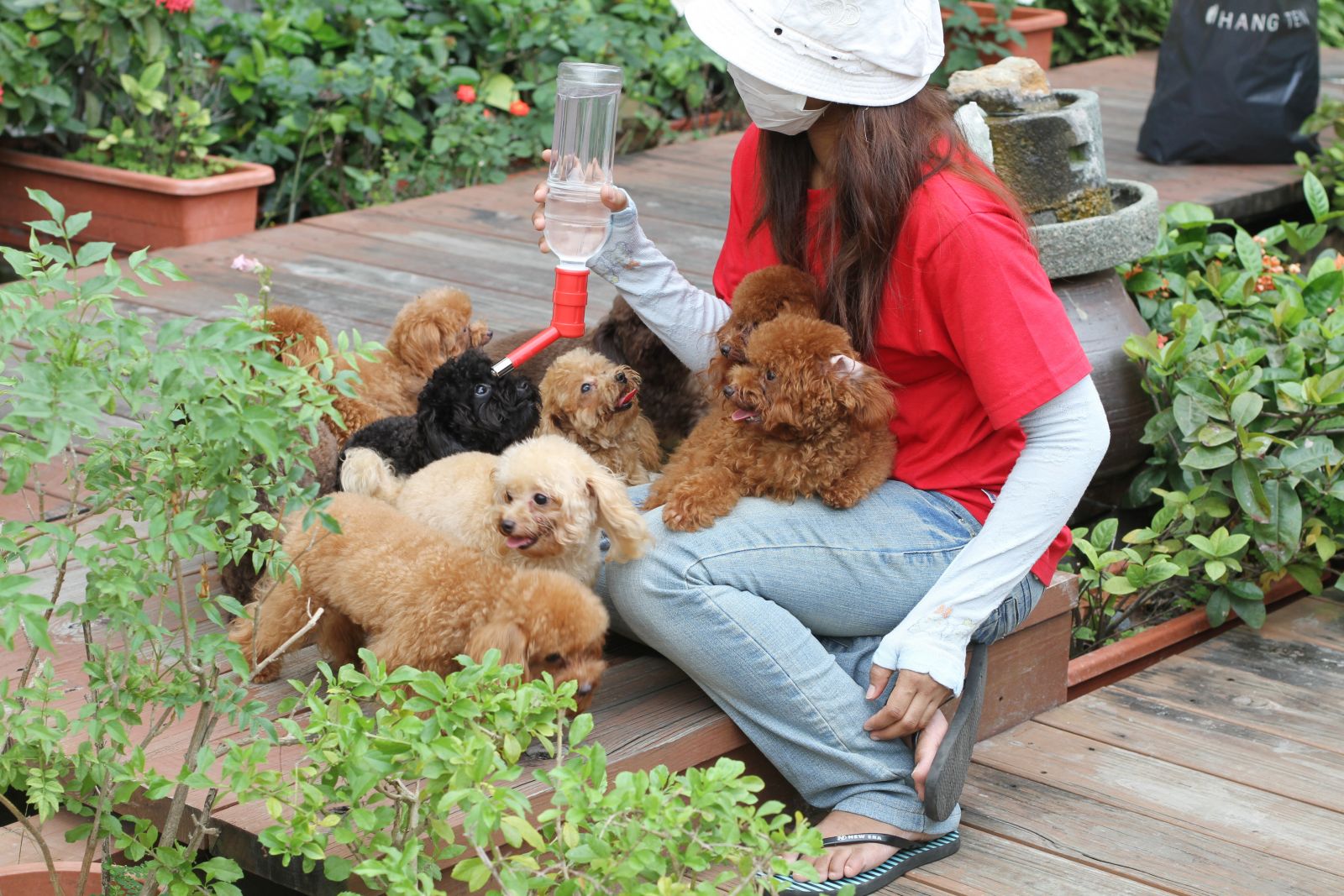 It takes a large amount of time and human resources, beyond the outsider’s imagination, to successfully breed these beautiful Teacup Teddy Bears.

Newborn Teacup Teddy Bears generally weigh only around 400 grams, and for a delicate baby of such petite body size, a strict environmental hygiene and temperature control along with complex nursery care procedures must take place in order to foster these Teddy Bears to grow into happy adults.

That is to say, breeders will have to sacrifice more, leaving their personal lives behind, in order to facilitate Teacup Teddy Bears to develop into strong, healthy adult Teacup Poodles (Teddy Bears) under 24/7 surveillance.

After years of nonstop hard-working, Teddy Bear Mommy(Zhang Yin Yin) finally established her first 5-Star Teacup Teddy Bear Breeding Center based on a wide range of professional knowledge and decades of hands-on experiences on Teacup
Teddy Bears, which has made Formosa (a Portuguese historical name for Taiwan), this beautiful Pacific island, the world-famous origin of Teacup Poodles (Teddy Bears).

Throughout the years, Teddy Bear Mommy(Zhang Yin Yin) not only soaks herself into the world of her beloved Teacup Teddy Bears but also insists on doing everything herself in terms of the nursery care for Teacup Teddy Bears; and with all the experiences she gained from breeding these beautiful Teddy Bears herself, she shares her love and passion for Teacup Poodles (Teddy Bears) by finding them a home sweet home in so many different families around our beautiful Mother Earth. 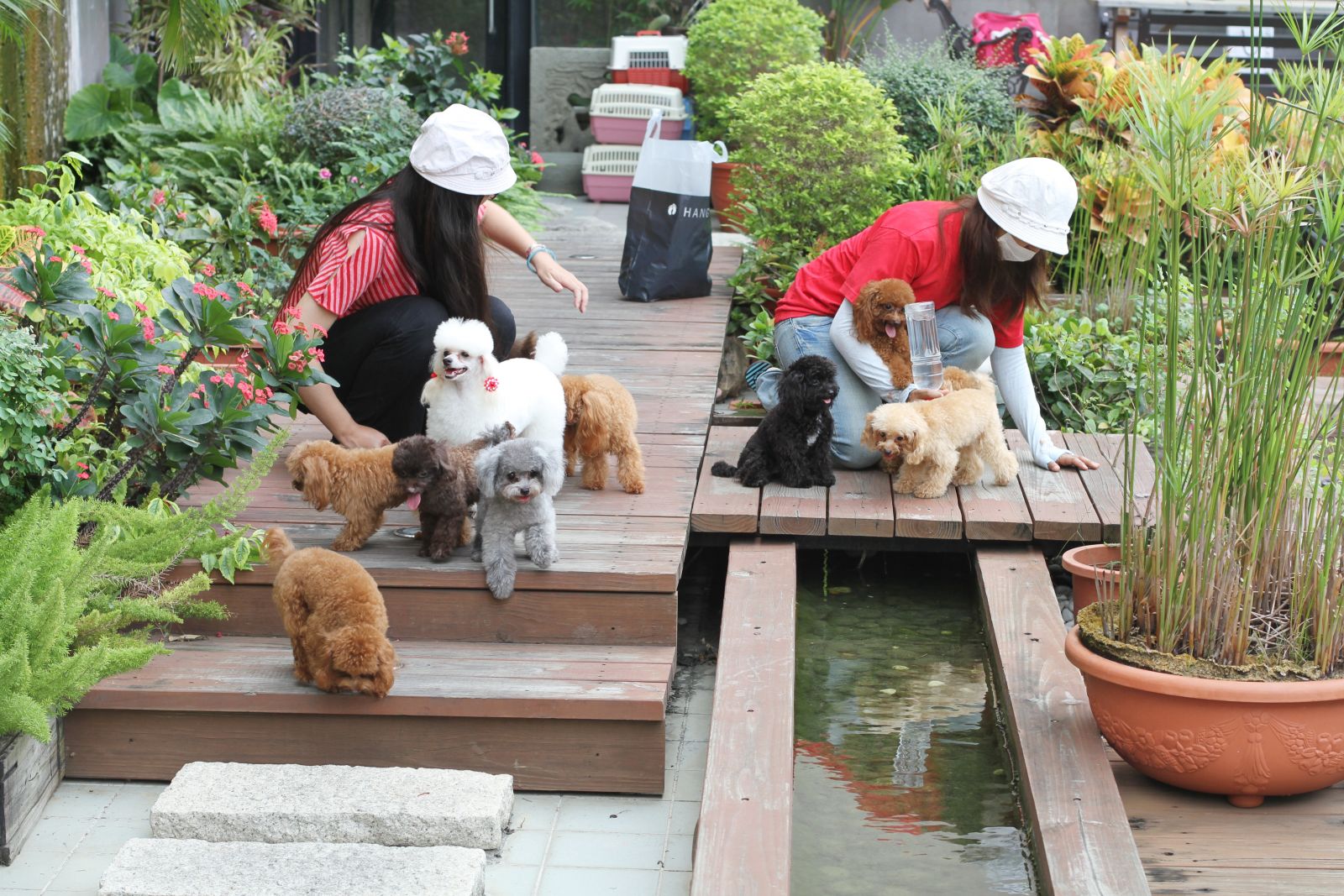 What Teddy Bear Mommy(Zhang Yin Yin) sees in Teacup Teddy Bears is the unique characteristics of their purity, loyalty, honesty, empathy, and true-beauty; the idea of living with these wonderful lives already provides a huge amount of satisfaction to her, not to mention how happy she has been all these years spending every moment of her life with them.

Teacup Teddy Bears are also her life mentors, teaching her the meaning of life and death at a much deeper level for her to appreciate every morning she wakes up, which also motivates and encourages her to pursuit continuous advancement in her mind, body and spirit. Her Teddy Bears, those of her darling angels, who run, move, cry and get sick exactly like human babies, have introduced her to a hole new era from the moment they met. The feeling is complicated and difficult to be put into words; and it’s no exaggeration when she declares that it surpasses the meaning of LOVE providing that Teacup Teddy Bears have introduced her to a world which barriers of space, time, culture and language no longer exist.

Teddy Bear Mommy(Zhang Yin Yin) turned her secrete thoughts into real actions, and has been doing her best to share the unique experiences she gained from personally interacting with these lovely Teacup Teddy Bears to so many other poodle lovers, merely because she thirsts for everyone in the world to acknowledge the unconditional love these Teacup Teddy Bears are willing to offer to good families who love them back just as much, and many more countless advantages that owning a Teacup Teddy Bear brings. 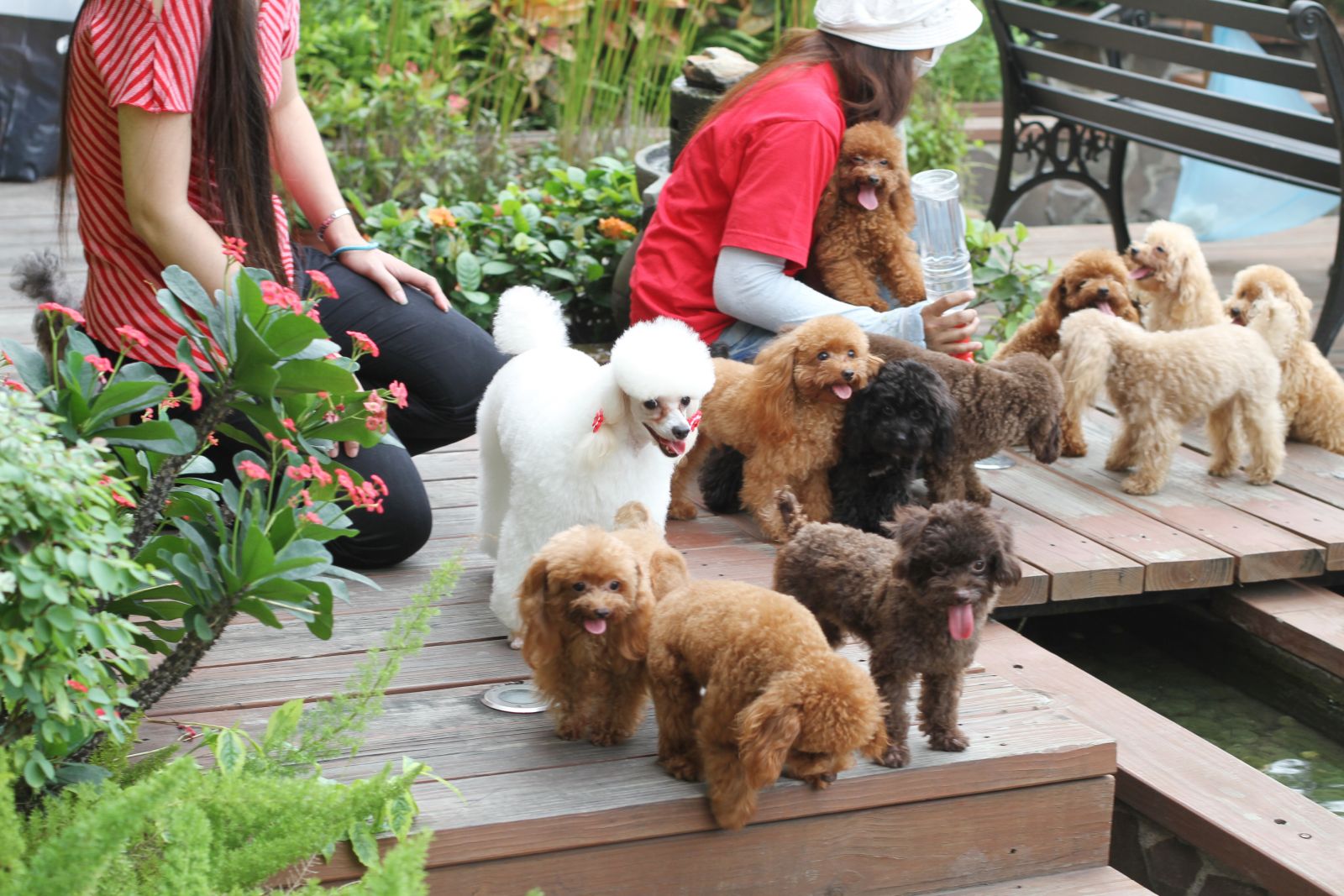 Teddy Bear Mommy(Zhang Yin Yin) has taken the things she learned from her Teacup Teddy Bears as her life-long responsibility to pass on this unconditional love to the rest of the world.

Whenever there’s another Teacup Teddy Bear to be sent overseas to a new family, in a way Teddy Bear Mommy(Zhang Yin Yin) sees it as sending her sons and daughters to different parts of the world to get married; and every time she thinks of it like that the warmth of family love fills heart for her to happily wave goodbye to her babies as they depart.

Furthermore when Teddy Bear Mommy(Zhang Yin Yin) receives postcards from those adopted families, through those personally written words from the letters sent from various families in different parts of the world she can actually feel the joy, love and satisfaction they have been getting since the arrival of their Teacup Teddy Bears, given that the family members are much closer and have been interacting with each other more often and so much fun and laughter are brought into the house and fill the home with so much LOVE because of these adorable Teddy Bears she bred and raised with all her love as her own babies.

Indeed it is going to be a long road before the final accomplishment...
Any thoughts or plans for Teddy Bear Mommy(Zhang Yin Yin)'s retirement yet? Oh no, NEVER! 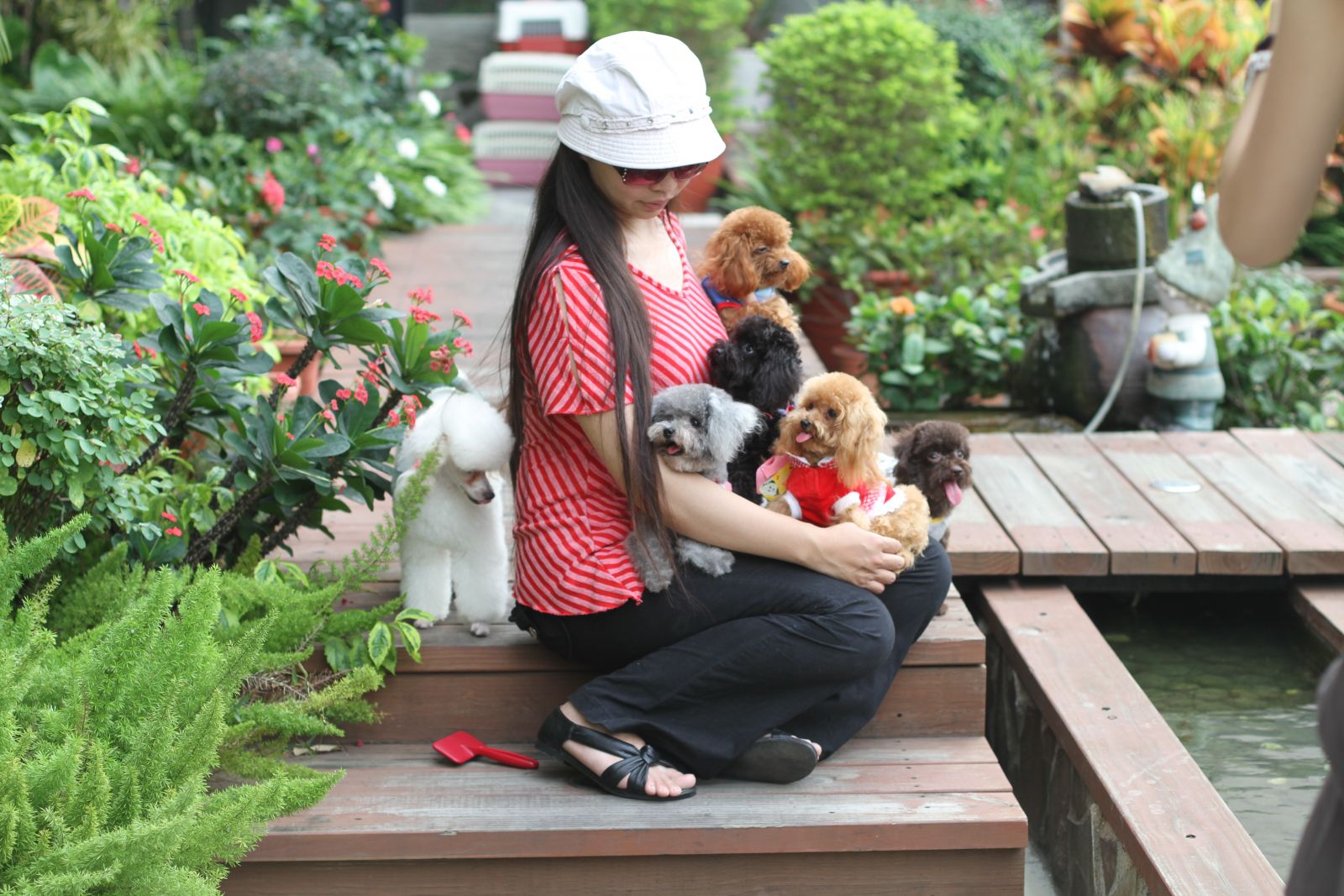 Preference for Petite (Tiny) Teacup Teddy Bears in the 21st Century – Why?

1. Precious, delicate and sweet creatures with elegance.
2. Specialty pets are extremely rare in their kind.
3. Cheerful creatures bring so much happiness to people’s lives.
4. Ideal indoor pets for contemporary families